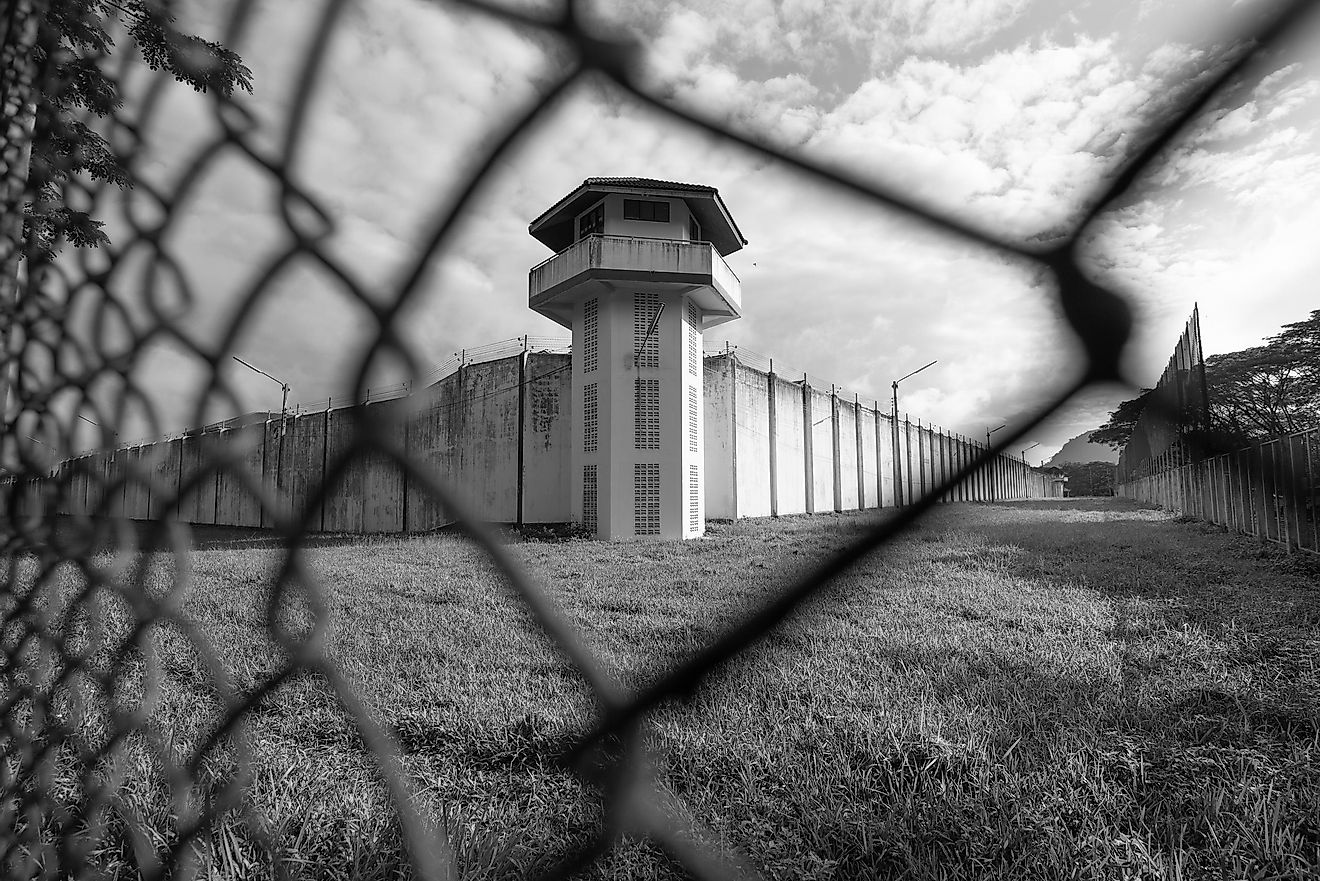 Being locked up in prison is a hard thing to live through. A lot of people do it, though. In 2016, well over 10 million people were serving prison sentences throughout the world for various crimes. If we jump ahead a couple of years, the countries with the most prisoners in 2020 include the US, China, Brazil, Russia, India, and Thailand. When we look at how many people are in prison compared to the total population of a place, a number known as the incarceration rate, we get slightly different results. For every 100,000 people, the US, El Salvador, and Turkmenistan had the greatest number of people behind bars in 2020. These are the countries with the highest prison rates worldwide. In contrast, countries in Central Africa and Scandinavia have the lowest.

Why do some countries have so many people in prison? Part of it has to do with the rules of the society in question and how criminals are treated, as well as the benefits and drawbacks that exist to having people incarcerated.

Here is a look at the top three countries with the highest incarceration rates worldwide in more detail.

With all its fame, freedom, and wealth, the US is still not able to properly address its crime problem, nor its prison problem. The country is home to a staggering percentage of the world’s incarcerated people. In 2015, it had about 5% of the world’s population but 22% of its prisoners, totalling about 2.2 million adults.

Why are so many people in the US locked up? It’s complicated. Part of it, as always, has to do with money. When a person is arrested in the US, they are placed in jail before they are convicted of their crime in court. In 2019, there were about 600,000 people in local US jails. These people can get out, but only if they can afford to do so by posting bail, which can be pricey. Those who can afford to pay it go moderately free until their court date and those who cannot stay behind bars until the court system can deal with them. The result is that in 2016, almost two-thirds of people in local US jails had not yet been convicted of a crime.

The war on drugs is also packing American jails with inmates. State prisons and jails have fewer prisoners held on drug charges, but at the federal level, almost half of all inmates are there because of something to do with the illegal drug trade.

And then there are issues of racism. While the disparity between whites and Blacks in jail is shrinking, African-Americans make up just 12% of the American population, but they represented about 33% of those incarcerated in 2019.

Finally, it is a fact that for-profit prisons in the US contribute to higher levels of incarceration.

In 2016, there were about 115,000 inmates in private prisons in the country. While this is a small percentage of the total number of inmates nationwide, the fact that private prison owners turn a profit by keeping that number as high as they can has led to policies that favor mass incarceration through financial lobbying of the corporations running the prison. These prisons are actually en route to being phased out because it has been found that in order to maximize profits, these prisons are regularly understaffed and provided little in the way of correctional services meant to help prisoners from ending up back in prison after they have completed their sentence.

This relatively small country, geographically speaking, has the second-highest incarceration rate worldwide, but it was not always this way. The prison population has soared here in the last two decades. In 2000, it sat at 7,754 prisoners and by 2018, was formed by well over 39,500 people. Essentially, the incarceration rate is now fixe times as large. El Salvador has been described as a nation held hostage by its own gang problem. These gangs, which include MS-13 and La 18, control the country, making it one of the deadliest places on Earth not counting war zones. This is the main driver behind the large number of people in prison in this country. In fact, the prison population has grown so considerably in a relatively short time period that prisons are dealing with a serious overcrowding problem, a key cause of poor living conditions and increased violence.

Turkmenistan is a troubled country, even described as on the verge of a catastrophe. After North Korea, it is the second-most isolated country in the world and its population enjoys almost no freedom of expression or press freedom. It has been in an economic crisis for years even though it is home to about 10% of the world’s natural gas, and there is hyperinflation as well as a shortage of food within its borders. Part of this is due to the fact that the country is tightly and authoritatively ruled by President Gurbanguly Berdymukhamedov.

Anyone who does not conform to authorized forms of religion in the nation, expresses political dissent, or is discovered to have engaged in homosexual is put in prison. Because of this, there are many political prisoners in Turkmenistan, and others in jail for minor offences against the government. This has driven its incarceration rates quite high, and obviously is not a benefit to the country.

So, does incarceration work? Yes and no. Research has shown that some criminals cannot be rehabilitated, but many can. High rates of incarceration aren’t good for anyone, as they can destabilize communities that are already struggling to thrive. Putting a lot of people in prison can encourage even more to end up there, as generational crime is started. And recurring criminals can be common. About half of federal offenders in one study conducted by the United States Sentencing Commission (USSC) took less than two years to be arrested again, once they got out of jail.

Some experts say that criminal offenders, barring major, violent ones, are best to spend short periods of time in jail and that as a nation, lowering the number of people in prison should be a goal, as everyone benefits. Rehabilitation over recidivism is best for all.

States With The Highest Rating Of Deaths Due To Drunk Driving

The Biggest Industries In New Zealand